For many years, soybeans have played second fiddle to corn, but expanding market opportunities have heightened attention on the oilseed. AgriGold Agronomist Nick Frederking saw an opportunity for farmers to build yields with more customized soybean variety placement.

“We know the corn plant has the ability to flex ear size,” Frederking explains. “Soybeans can also flex, but with soybeans you’re talking about hundreds of fruiting structures versus one for corn. There are a lot more variables involved.”

Parameters of the study on soybean architecture 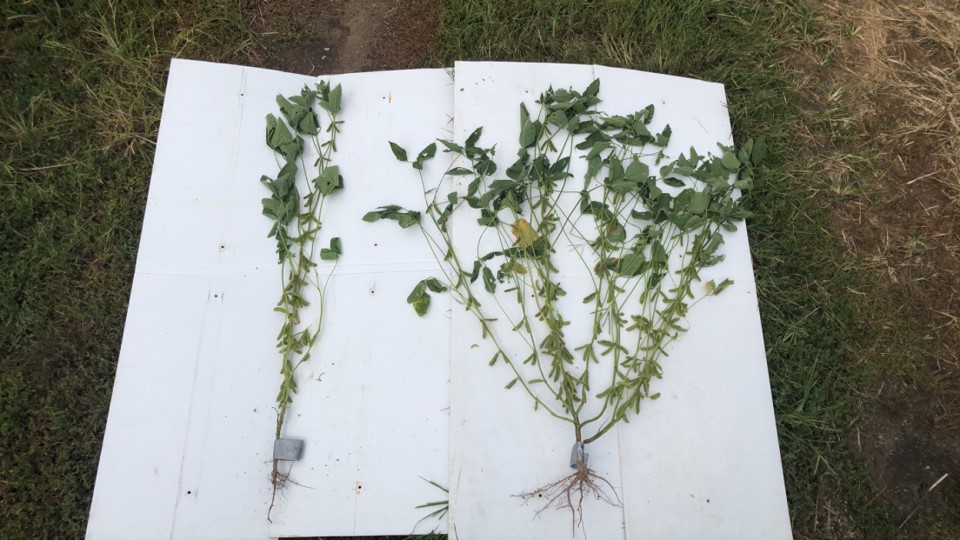 Frederking chose 10 varieties for the 2022 trial on his research plot in southern Illinois with maturities ranging from 3.4 to 4.3.

In a perfect year, Frederking would have planted in April, but a wet spring delayed planting until June 5. “The later planting date was challenging because soybean production is largely determined by how much vegetation can be put on before the day starts to get shorter after June 21,” he says.

As the growing season progressed, he focused on capturing data and taking pictures to document architectural differences.

Frederking reports for the low seeding rate, “There were some varieties that branched aggressively and others that would not branch.” Those narrow, “stick-figure” plants loaded pods on the main stem, he details.

Frederking kept tabs on whether those branches were able to produce pods and subsequently seeds. “Any piece of vegetation on the plant requires energy,” he explains. “If a plant creates vegetation, I want to make sure its branches are being utilized to make seeds.”

Some varieties branched aggressively and made a lot of pods, while other branchy varieties didn’t do anything more than make vines, according to Frederking.

He sums up the results as follows: “Now I have categorized how 10 varieties handle low seeding rates – some are narrow-lines, some that have the ability to branch and add pods, and some that branch out but do not convert the vegetation to pods.” 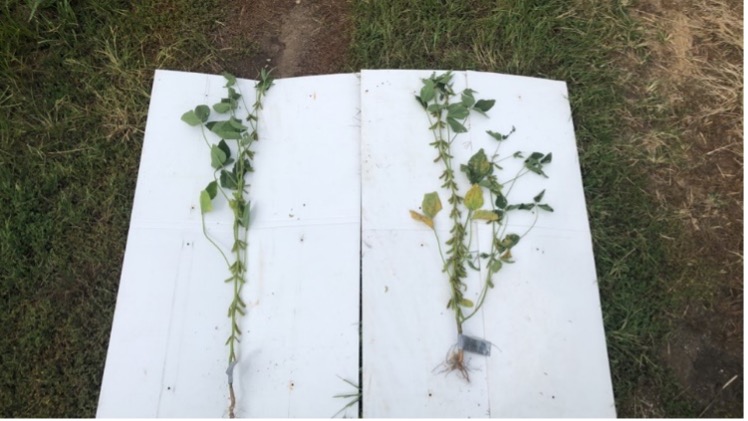 When those branchy varieties were planted at a high population, the results were more of a mixed bag. “When you go to these higher populations, every variety becomes more sticklike naturally due to interplant competition for resources and sunlight. But they vary in terms of how well they branch at the low populations and in the ability to convert that energy to producing pods at a high seeding rate,” Frederking explains. Roughly half of those varieties did a good job converting that energy into pod production.

“From an architecture standpoint, my study showed more diversity with the XtendFlex® lineup. The Enlist E3® plants I tested tended to be branchier and shorter, on average, than the XtendFlex® varieties,” Frederking details, emphasizing this was specific to the varieties he tested.

When Frederking talks with farmers, he starts by asking about their current soybean planting practices. “I don’t want to change someone’s program if I don’t have to,” he explains.

For the farmer working to back off populations to boost yield, Frederking says he’s now better equipped to direct them toward a soybean variety that branches out and maximizes that space, in addition to having the agronomic factors needed for that farm.

For farmers using a high seeding rate, Frederking can now direct them toward varieties that don’t need a lot of space to produce well.

AgriGold will expand the trials to include a wider range of geographies and maturities in 2023, with pilots planned as far north as North Dakota and Minnesota.

“Our goal is to overlap these trials and maturities so we can look at nearly all our varieties,” Frederking says. “We would love to enhance our profile guides with that information.”

“Interest in soybeans is rising, and we’re excited to expand our understanding of AgriGold’s soybean varieties and how they perform at either end of the seeding spectrum,” Frederking explains. “It improves our ability to get it right, helping a farmer to place the best variety for his or her unique location and management style.

The information and statements contained in this release are merely for informational and educational purposes and do not guarantee future performance. Read and follow label directions.

XtendFlex® is a registered trademark of Bayer Group. Always read and follow IRM, where applicable, grain marketing and all other stewardship practices and pesticide label directions. ©2023 Bayer Group. All rights reserved.