Tar spot has spread across much of the Corn Belt, and while it arrived too late in 2022 to have a major impact for most farmers, those producers know its spores can overwinter in corn residue. That has heightened attention on residue management, particularly for corn-on-corn acres that are more prone to diseases like tar spot, anthracnose and gray leaf spot.

Iowa State University Extension explains: “The risk of disease in corn following corn fields is always greater than in fields that have been rotated to non-host crops because of increased amounts of inoculum. Many corn pathogens survive in infested corn residue. Continuous corn fields in particular – those with crop residues left on the surface – are more prone to seedling diseases due to higher inoculum pressure and cooler, wetter soils.” 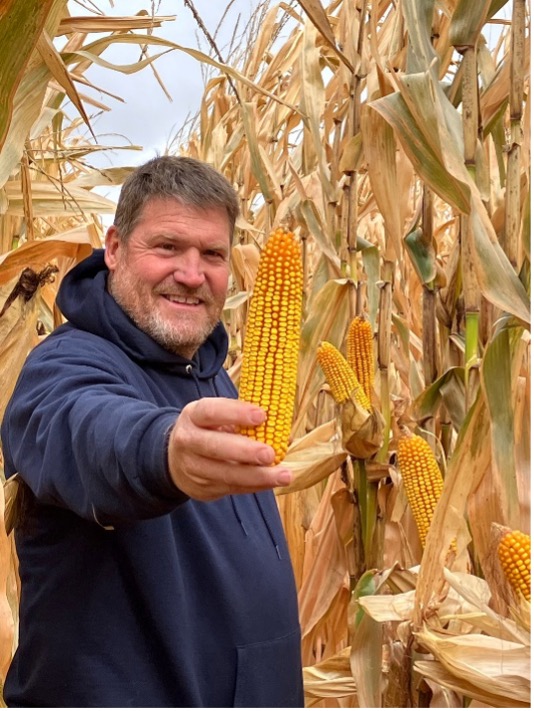 “Tar spot has become such a challenging and widespread disease,” comments Joe Stephan, an AgriGold agronomist and farmer in Indiana and Michigan. While AgriGold has some of the best tar spot tolerance products on the market, the germplasm pool hasn’t yet delivered fully resistant products.“That means we also need to incorporate old-school ways of managing the disease focused on residue breakdown,” he says.

“When we talk about residue management, we’re trying to reduce the amount of pathogen that’s in that field that can impact the following crop,” Stephan explains. “I suspect there will be more acres of corn in 2023, and some of those will come from corn-after-corn acres. When you’re in a continuous corn scenario, there’s a lot of residues that pathogens can live in, increasing the risk of disease the following season.” The amount of residue on top of the soil is directly correlated to the amount of disease pressure we could see the following year, according to Stephan.

He continues, “We try to mitigate some of that with fungicides, but I think there’s a lot of wisdom in trying to reduce residue that’s in the field.” Even if you are doing a good job managing residue, Stephan notes that diseases can blow in from neighboring fields.

One of the most critical elements of residue management is getting good soil-to-residue contact. Stephan explains, “That allows microbes and earthworms in the soil to break down residue and the pathogens it contains.”

More aggressive tillage that buries residue deep is popular in some parts of the U.S. While Stephan says that’s good for breaking down residue, it also opens the potential for erosion via wind or water. He recommends those doing heavier tillage focus on less erodible land.

Other tools that can help include chopping corn heads that “chop up that residue and allow the leaves to get down in better contact with the soil,” Stephan says. He has seen plenty of scenarios over the years where farmers did not use row cleaners and as a result, soils did not warm up at the right speed or right time, resulting in poor emergence.

Stephan stresses, “If a farmer uses a chopping corn head, rotary mower, or vertical tillage to help manage tar spot residue, he or she should make sure to follow that up in the spring with row cleaners to try to get as uniform environment for that seed as possible.”

Other options for breaking down corn residue

“Some are also applying biologicals and stubble digestors to help break down residue or increase microbial activity,” he continues, adding, “Anything you can do to speed up or increase breakdown is good.”

Stephan is also a proponent of managing disease pressure with fungicides, especially for corn-on-corn acres. “Fungicides address two sides of the disease triangle, making a susceptible host less susceptible and, in some forms, reducing the amount of pathogen,” he explains.

He encourages farmers to start making plans, talking to ag retailers and purchasing fungicide for the 2023 growing season now. “The days of calling up an ag retailer in July and saying you want to spray fungicide are over for now,” Stephan says.

Placement of residue matters, too 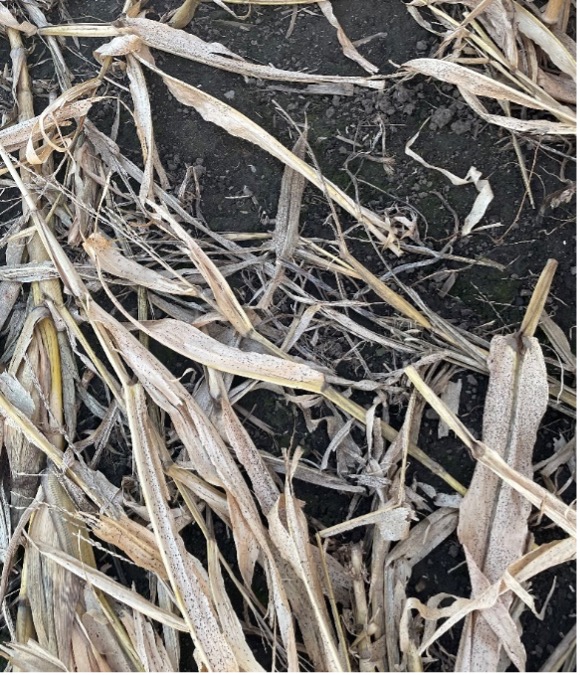 Stephan has two philosophies when it comes to tillage. “One, you either are aggressive and move residue down below the main part of the root zone (from 0 to 4 inches deep) or two, you keep residue very shallow, which is where vertical tillage comes into play.”

He explains, “Putting residue in that root–zone band can be problematic because those microbes will fight the corn plant for nitrogen. And the microbes will win.”

That fight for nitrogen is why Stephan is concerned so many farmers are jumping on the bandwagon for high-speed disc tillage. “They drive fast and do a beautiful job, but they incorporate corn residue right into the root zone,” he explains. “I’m worried farmers could show nitrogen deficiency on their corn because the nutrients are being utilized by bacteria first.”

Residue management will remain a priority

The spread of diseases like tar spot, along with an increased focus on reduced tillage and cover crops, signals managing residue will remain a major focus. Thankfully, farmers have many options doing so.

If you need help determining which practices might be the best fit for your farm, reach out to your local AgriGold agronomist.