February is often a month of planning for most farm operations, but it also needs to be a time to assess the risks your farm may face in the upcoming season. Corn Root Worm (CRW) is often in the back of every growers’ mind but can easily be forgotten when a grower experience’s multiple years of low pressure. Unfortunately, 2021 is not trending towards a low-pressure environment and CRW shouldn’t be one of those risk factors to let slip by yet again. Every summer, AgriGold agronomist partner with Bayer to monitor CRW beetle counts across the corn belt. Through these combined efforts we have seen beetle populations steadily increase every year since 2015. In comparison, 2020 data shows a large population jump in continuous cornfields vs 2019 (Figure 1 & 2).  In general, continuous corn fields are at the highest risk levels we have seen since 2010.

Using 2020 Corn Rootworm Beetle Counts to Assess the Risk of Economic Injury in 2021. 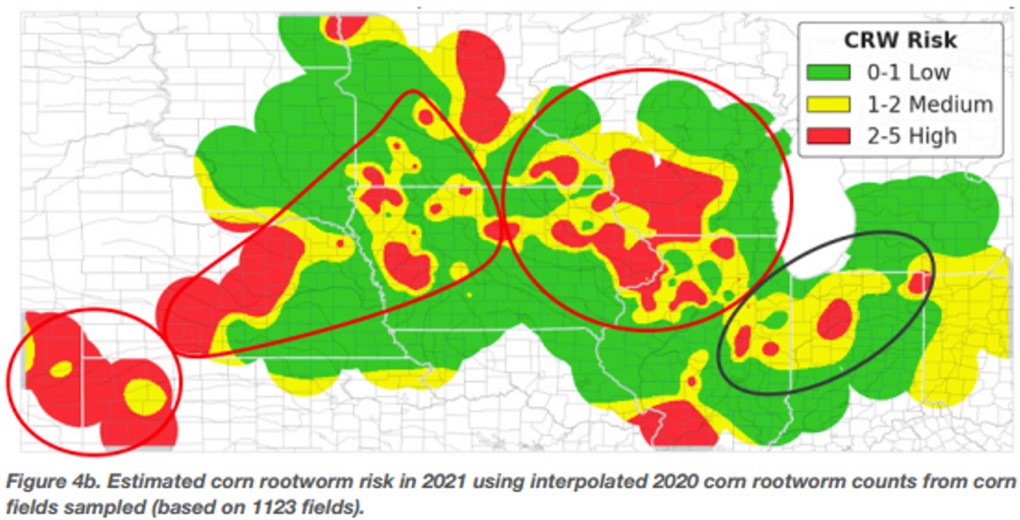