What Early Snow Could Mean for 2023’s Crop

What Early Snow Could Mean for 2023’s Crop

On the surface, an early snowfall might not feel fun to growers having to brave the elements and traipse through the cold stuff.

But on the soil’s surface? There’s actually a lot of hidden benefits to a layer of snow in early winter. A plentiful snowfall at that point in the season can offer moisture, insulation, and even the nitrogen that spring-planted crops require for the growing season.

Snowflakes have the ability to capture atmospheric dissolved organic nitrogen (nitrate and ammonium) as they fall. Once the snow has melted, growers can gradually, consistently treat their fields with nitrogen, improving soil fertility in the spring.

Each snowfall contains different amounts of nitrogen depending on where it fell. On the western and eastern edges of the Corn Belt, you can find five and twelve pounds of nitrogen per acre, respectively, of significant snowfall. Expect roughly one-fourth of a pound per acre for the Great Plains region.

In its frozen physical state, snow acts as somewhat of a bubble for crops that overwinter. As snow falls, it traps air beneath it and acts as an insulation blanket for the soil ecosystem. Within this pocket of air, soil can hold more heat.

In more frigid areas of the country, just three inches of snow prevents winterkill in crops such as wheat. In other areas, as little as two inches can raise the soil temperature by five degrees—giving you the opportunity to plant early. 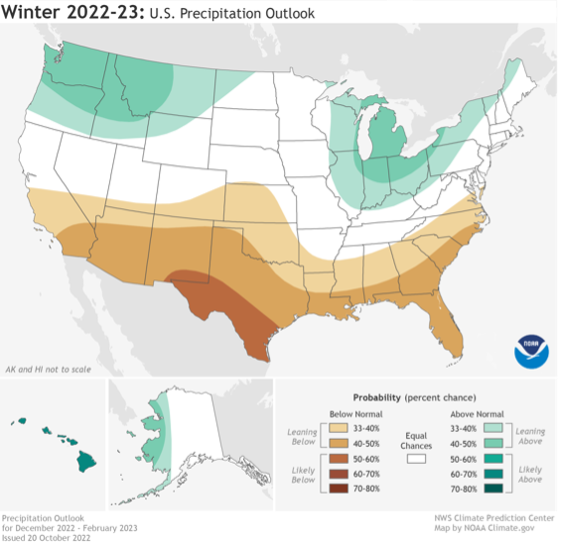 But the insulation from a layer of snow doesn’t just help soil retain heat: it also keeps moisture in the soil from evaporating. For every ten inches of snowfall, that’s an additional inch of water once it’s melted, plus whatever water has remained in the ground.

In drought-stricken regions, a few heavy snowfalls in early winter could raise overall water levels. Spring-planted crops can then use that extra groundwater to get an exceptional start to the growing season.

For more information on what early snowfall means for your farm, contact your local AgriGold agronomist to learn more.